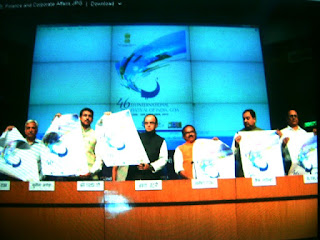 The International Film Festival of India (IFFI)  announced a stellar lineup of International Competition, Indian Panorama films and Juries for its 46th edition to be held in Goa from November 20 to 30 2015.
The film festival will showcase 187 films from 89 countries in World Cinema section along with 26 Feature and 21 Non-Feature films in Indian Panorama section.
at Thursday, November 05, 2015