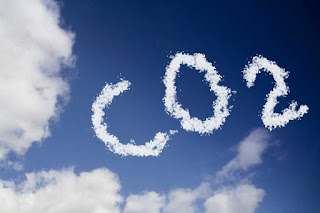 The built environment has a vital role to play in helping governments meet their carbon dioxide (CO2) emissions targets. These targets are going to be central at the end of the month when 196 governments meet in Paris for a crucial climate change summit hosted by the United Nations. The meeting, called the 21st Conference of the Parties or COP21, is of particular significance because world leaders and negotiators must agree on a new climate deal aimed at curbing the damaging effects of greenhouse gas emissions on the global climate.As a global professional body working in the public interest, RICS will be in Paris to join stakeholders from governments, industry and civil society to support efforts to reach an agreement. The commitments made in Paris could have far-reaching repercussions for the built environment, and the global economy more generally. Buildings are some of the biggest emitters of CO2 accounting for one-third of global greenhouse gasses.  Commercial and residential buildings also account for 40% of the world’s energy consumption. India is at the forefront of using renewable power for its energy consumption with current plans to quadruple its renewable energy capacity to 175 giga watt by 2022, cut fossil fuel subsidies and drastically reduce carbon emissions. For COP21, India is looking to garner financial and technical support to help itself reduce carbon emissions. RICS wants governments to be confident in the knowledge that the progress made towards their commitments to reduce CO2 emissions can be measured through the tools and expertise the organisation provides around the world. We have worked with the UN before on creating a framework for businesses to act more responsibly in relation to their real estate assets. And we want to build on that relationship by supporting governments as they make adaption and mitigation commitments to curb the effects of climate change.”  – Sean Tompkins, RICS Chief Executive Officer
at Friday, November 27, 2015