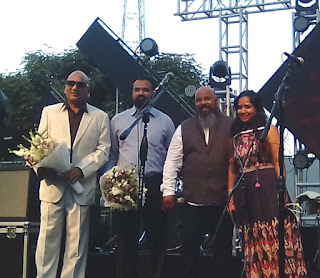 The 8th annual edition of Global Isai Festival took place in a rocking manner on 23rd and 24th February 2019 at Phoenix Market City, one of the biggest shopping malls in Chennai. The Global ISAI Festival was conceptualized by Exodus and launched in 2012 in Chennai, the city that’s rich in cultural heritage with a special affinity towards the performing arts. It has since been described as the global music festival with a local heart.As always this year also Global ISAI showcased some amazing performances and various bands rocked the mall in style