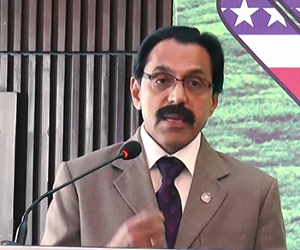 Dr P M Nair is an international expert on human trafficking issues. Served IPS for 35 years, in Bihar, CBI, CRPF and NDRF. Working against human trafficking for the last 40 years and is now with the Indian Police Foundation.

“Mazdoor hai, magar Mazboor nahin”, was the response of a Good Samaritan farmer of Haryana who sent all his labourers to their home town by flight. His decision speaks volumes about compassion and the concern for labour rights. Since media and social media are agog with views and counter views on migrant labour, better not to add to the confusion. Nevertheless, certain startling facts and issues that stare in the eyes of the nation deserve deliberation.

The migrant labourers1 move from source to destination depending on demand. Though the public perception is that they are unorganised, and rightly so, the contractors who bring them are well organised. There are good Samaritans too, but the reality on the ground is replete with violators and abusers, because of the fact that more than 90 percent of the labourers are procured, hired, commanded, exploited and managed by the contractors, often posing as placement agencies. Only three states in the country -- Chhattisgarh, Jharkhand and Delhi -- have ventured into any regulation to reign-in these agencies. Without any regulation, most of them put up a facade of hiring and firing, but the reality is a world of exploitative and bonded labour.

Investigation into crimes of human trafficking of women from Jharkhand to Delhi as domestic help, to cite a recent example (NIA is taking over this case) has exposed the large-scale network and nexus of the placement agencies, even having several agencies in different names function under the same roof, only to hoodwink the law and law enforcement systems. Ingenuity at its worst has been in vogue for long.

While so, the law of the land has several provisions to address the issues. To take one specific example, the Interstate Migrant Workmen Act 1979, (IMWA) is a key legislation mandating rights-based conditions of employment, transportation and accommodation; entitlement of wages/perks, medical facilities and non-discrimination in all aspects. It calls for mandatory registration of inter-state labour and contractors and the latter are obliged to furnish details of labour to the authorities in the district. Section 13 IMWA mandates that the payment shall not be less than the minimum wages and that the labour is entitled for holidays, decent conditions of service and hours of work. Section 14 demands that at the time of recruitment, contractor pays the labour non-refundable displacement allowance, equal to 50 percent of the monthly wage. Section 15 prescribes journey allowance both for outward and return journeys and that the sum shall not be less than the existing fare from the place of residence to the place of work. Further, the labour is entitled for the wages even for the journey period.

In the CIVID0-19 scenario, if the law had been properly implemented and the contractors and employers had complied with these provisions, more than 90 per cent of the problems faced by the migrants could have been prevented. Everybody was running around for transportation, looking for source of funds for the same, whereas the existing law had the solution, thanks to the visionary law makers. The buck does not stop with the contractor because, under Section 18 IMWA, if the contractor does not pay, the principal employer is duty bound to make all these payments. The responsibility lies with the district administration which has powers to enforce the law. Unfortunately, all these provisions remained on paper and, therefore, the nation witnessed such grave, devastating and pathetic conditions of untold suffering and exploitation faced by not only the migrants but their families, including pregnant women, elderly, physically challenged and above all little children who were put to tremendous torture by making them walk thousands of miles in the scorching sun. The toddlers’ torture has shaken every conscientious person making their heads hang in shame and disgrace. Why did our children have to suffer like this? The conspiracy of our silence must end. The issues and malaise merit attention.

In the given situation, most of the contractors have a tendency to make the labour bonded by giving advance payments at the source. By the time they reach the destination, they would have spent much of the money and then they tend to borrow from the very same contractor or proprietor to sustain themselves. This makes the person further bonded. Now they are fully under the control and command of the contractor, with no freedom at all. Under section 370 IPC, this is human trafficking. This new section legislated in 2013 makes it clear that exploitation through slavery or practices similar to slavery or servitude, is also trafficking. The migrant becomes bonded and eventually trafficked. The labour becomes a victim of the organised crime of trafficking, which is explicitly prohibited under Act 23 of our constitution.

The story does not end here. The migrants, who have now been pushed back to their homes, due to COVID lock down, have no job for them in the villages. Already in debt due to heavy borrowing, the emerging bleak scenario is more threatening. Since there is no employment, they need to borrow again from the money lenders, who are readily available everywhere. This will make them bonded forever. The children of migrants who were studying at the place of work have since returned to the villages and have lost their moorings. There is an urgent requirement to ensure education facilities for these children, vocational training for adolescents and financial support to the labour so as to help them come out of their bondage and prevent them from perishing in it.

During the post-lock down period, when the labourers move back to their place of work, it needs to be ensured that the contractors and proprietors comply with the regulation of all the relevant Acts and Rules. Though a developmental issue cannot be seen from the prism of law and order, the fact remains that public security is a precursor to development. Development cannot happen until there is guarantee against violence and exploitation. Doubtless, the proprietors and the contractors will definitely need labour to start their business. The demand will be high. The scope for exploitation will also be equally high. Therefore, the district administration at the source and destination has to be in sync. Centre and all concerned States have to work in convergence and unison. Somebody has to take up the task of coordination and binding. There is a clear case for a National Nodal Agency to address the issues. National Commission for Migrant Labours would be appropriate. However, it should not be one of these Commissions which remain as paper tiger or are known only for their ‘omissions’, rather than ‘commissions’.

It should be headed by a capable, competent, experienced and compassionate person who can call the shots and steer the show well across the country. The task is mainly of coordination, facilitation and ensuring the accountability of the agencies concerned, both in government and outside.

Therefore, such a national agency is a dire need and should be set up soon, especially because the migrants would be returning back shortly. The first task of the Commission should be to develop an e-database of all matters relating to migrant labour. When India is looking to be on a fast track to become a developed country, the belly of India constituted by the labour cannot be neglected and allowed to be exploited any further. The nation has to ensure that the migrant labour, which constitutes the most pivotal and inevitable role in national building, is given their rightful due. This should be non-negotiable. It is time the Welfare-perspective is changed to Rights-perspective.